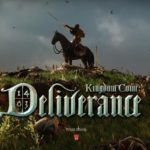 Warhorse Studios and Deep Silver have announced the release of The Amorous Adventures of Bold Sir Hans Capon DLC for their critically acclaimed medieval RPG Kingdom Come: Deliverance.  This second DLC sets players a romantic challenge in three new quests while for those who prefer a spot of fighting can take part in the newly added Rattay […]

With the release of the the critically acclaimed RPG Kingdom Come: Deliverance tomorrow, Warhorse Studios and Deep Silver have released the game’s Launch trailer which can be seen below… In this story driven, open world RPG players are whisked away to the Holy Roman Empire where they will set out on an epic adventure to […]