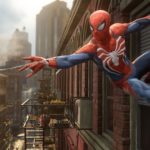 George Chrysostomou on Marvel’s missing video game opportunities… It’s no secret that Marvel is losing to DC when it comes to the realm of video games. While TV success is mixed, films have seemingly gone to Marvel, and DC is undoubtedly winning on the animation front, the medium that Marvel should perhaps be putting most […] 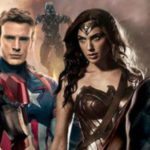 George Chrysostomou on whether we could ever get to a Marvel vs DC movie… It is often thought that a Marvel vs. DC film is a long shot, with very little probability of becoming made. Many point to studio executives and/or legal issues as the main reasons as to why there is no chance that […] 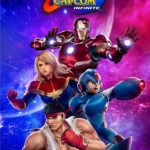 Emma Withington with some first impressions of Marvel vs. Capcom Infinite… It’s easy to look at Marvel vs. Capcom: Infinite and focus on its apparent blemishes in such a saturated market, particularly if you are a veteran of the fighter genre. It carries a much smaller roster than its predecessors, with only a handful of […] 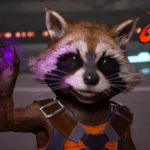 Capcom has released a new cinematic trailer for the upcoming video game Marvel vs. Capcom: Infinite, which gives us a glimpse at the key plot points as heroes from both universes come together in an attempt to stop Ultron Sigma from infecting all biological life in the newly merged Marvel and Capcom worlds. In addition, […]

Following this weekend’s reveal trailer, Capcom has announced two more characters for Marvel vs. Capcom: Infinite in Captain America and Morrigan Anesland. The two join the previously announced Iron Man, Captain Marvel, Ryu and Mega Man. As part of the announcement, Capcom also released an extended version of the initial gameplay trailer, which you can […]