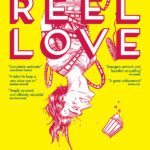 To celebrate the upcoming release of Owen Michael Johnson’s (Beast Wagon) graphic novel Reel Love, a collaboration between the Genesis Cinema and also the publisher Unbound will see a special one-day event, titled Reel Love: A Day of Movies About Movies take place on the 4th November.   Not only will some classic films be shown, but […]

Two-time British Comic Award nominated writer and artist Owen Michael Johnson, co-creator of the critically acclaimed Beast Wagon, which our own Kieran Fisher sung the praises of the series throughout, has released his latest title “Reel Love” into the world of crowdfunding, having been picked up by Unbound. A coming-of-age graphic novel that is a love […]

With their critically acclaimed series wrapping up with latest issue, “Finale”, Beast Wagon creators Owen Michael Johnson and John Pearson discuss their unique vision and inspirations… Like a stampede running rampant in a public zoo, the arrival of Beast Wagon two years ago took comic fans with surprise – and it’s one they won’t soon forget. […]

Kieran Fisher reviews Beast Wagon Finale… The double-sized finale of the critically acclaimed and British Comic Award nominated series by Owen Michael Johnson, John Pearson & Colin Bell goes on sale on the 1st April 2017.  Make sure you mark the date as you don’t want to miss this. It’s sad to see Beast Wagon […]

Kieran Fisher reviews Beast Wagon #3… ‘An intervention is staged. A memory resurfaces. Stralti tells a joke. Patrick takes a trip. An abundance of anaesthetics and prosthetics. Things get weird.’ In the medium of comic books, originality is commonplace.  Every week there are brand new titles released that manage to stand out from the rest of the pack and […]