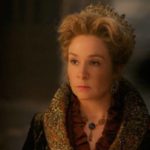 Ricky Church chats with Megan Follows at Toronto Comicon… Megan Follows has had a long career in television, starring as Anne of Green Gables in several miniseries and went on to play Queen Catherine de Medici in The CW’s Reign. Earlier this year she was cast in the supernatural modern-day western Wynonna Earp as the title character’s mother, […]

In an exclusive interview, Flickering Myth reporter Scott J. Davis sits down with actress Camille Hollet-French to discuss her career. SJD: Thank you for taking the time to speak to me for Flickering Myth and congratulations on winning the 2016 Monologue Slam UK LA Edition. How have your family reacted to your career choice and […]