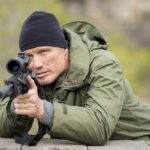 The Tracker, 2019 Directed by Giorgio Serafini. Starring Dolph Lundgren, Cosimo Fusco, Anna Falchi, Marco Mazzoli and Marta Gastini. SYNOPSIS: A mysterious stranger travels to a remote village where, 15 years earlier, his wife and daughter were kidnapped. With Dolph Lundgren riding on a high following the double whammy of Aquaman and Creed 2 last year, […] 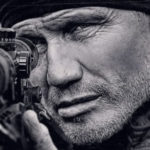 Action legend Dolph Lundgren returns to the screen this August for the action thriller The Tracker, and we’ve got an exclusive clip from the film for you here courtesy of Lionsgate; check it out… SEE ALSO: Watch the trailer for The Tracker here The Tracker stars Dolph Lundgren (The Expendables franchise) as a troubled warrior who […]

Lionsgate has released a trailer, poster and images for director Giorgio Serafini’s upcoming action thriller The Tracker which stars Dolph Lundgren as a man out to solve the mystery of his family and exact his revenge alongside a cast that includes Marco Mazzoli, Bruno Bilotta, Bruce McGuire, Cosimo Fusco, Marta Gastini, Elizabeth Kinnear, Vito Facciolla, […]