Roay Mail has announced that it is celebrating the James Bond movie franchise and the release of the 25th instalment No Time To Die with a brand new collection of stamps depicting the various big screen incarnations of 007 in the following films: Casino Royale (Daniel Craig, 2006); GoldenEye (Pierce Brosnan, 1995); The Living Daylights (Timothy Dalton, 1987); Live And Let Die (Roger […] 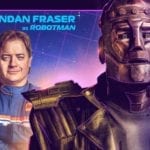 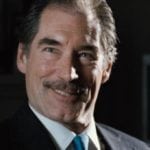 The Doom Patrol has found its Chief. DC announced via the DC Universe Twitter page that former James Bond star Timothy Dalton has joined the series as Dr. Niles Caulder, aka The Chief, who brings a group of superpowered misfits together to become the Doom Patrol. The Chief is described as a pioneer in medical […]

Ricky Church continues his countdown to Spectre with a review of Licence to Kill… Timothy Dalton’s time as James Bond is short-lived as he makes his final appearance in his second film. Though his run was brief, Dalton cements his characterization as Bond in Licence to Kill, one of the best and darkest films in […]

Ricky Church continues his countdown to Spectre with a review of The Living Daylights… The Living Daylights brought James Bond back to his darker roots as Timothy Dalton took on the role of the famous secret agent, bringing a level of seriousness that had not been seen for quite some time. It was also a […]

Before they return to cinemas for 2017’s Toy Story 4, Woody, Buzz and the gang will all be back on the small screen for ABC’s holiday special Toy Story That Time Forgot, and two first-look promos have arrived online, which we’ve got for you right here… During a post-Christmas play date, the Toy Story gang find […]