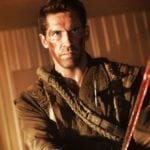 Tom Jolliffe offers his thoughts on the prospect of Scott Adkins as Batman… As widely reported there was recently a leak for an audition video British martial arts action star Scott Adkins made prior to Batfleck’s casting in Batman v Superman: Dawn of Justice. Adkins addressed the issue himself. With Affleck now out the picture […]