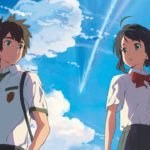 Last year it was announced that  Paramount Pictures, Bad Robot Productions and Toho are teaming for a live-action adaptation of Makoto Shinkai’s hit 2016 anime feature Your Name, and now THR is reporting that filmmaker Lee Isaac Chung (Minari) has signed on to direct. The film follows “a young woman living in a rural area […] 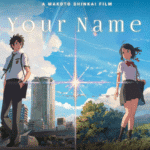 Deadline is reporting that (500) Days of Summer and The Amazing Spider-Man director Marc Webb has signed on to direct a live-action reimagining of the 2016 Japanese anime feature Your Name for Paramount Pictures, Bad Robot and Toho. According to the site, the new film is being scripted by Eric Heisserer (Bird Box) and will […]

Paramount Pictures and J.J. Abrams’ Bad Robot have announced that they are teaming up with Toho Co. Ltd to produce a live-action version of the hit Japanese anime feature Your Name, tapping Oscar-nominated screenwriter Eric Heisserer (Arrival) to pen the script. Created, written, and directed by Makoto Shinkai, Your Name tells the story of a teenage […]

Your Name, 2016. Directed by Makoto Shinkai. Featuring the voice talents of  Ryunosuke Kamiki, Mone Kamishiraishi and Madami Nagasawa. SYNOPSIS: A teenage boy and girl from different parts of Japan randomly wake up in each other’s bodies, with no idea why. Before watching Your Name, the only other Makoto Shinkai film I was familiar with […]

The Academy of Motion Pictures Arts and Sciences has announced that a record 27 movies have been submitted for consideration for the Best Animated Feature Oscar at the 89th Academy Awards: The Angry Birds Movie April and the Extraordinary World Bilal Finding Dory Ice Age: Collision Course Kingsglaive: Final Fantasy XV Kubo and the Two […]

Funimation have announced that they have obtained the rights to release the latest beautifully animated film, Your Name (titled Kimi no Na wa in Japan), from renowned director Makoto Shinkai in cinemas around the US and also on DVD. The script for Your Name was written by Makoto Shinkai and was inspired by a novel that he wrote […]