Sideshow has revealed a batch of promotional images for Hot Toys’ sixth scale Movie Masterpiece Series Batman figure which is based on the likeness of Ben Affleck’s Dark Knight in the DC superhero team-up Justice League. The collectible is available to pre-order now, priced at $266 and is expected to ship October-December 2018; check it out below… 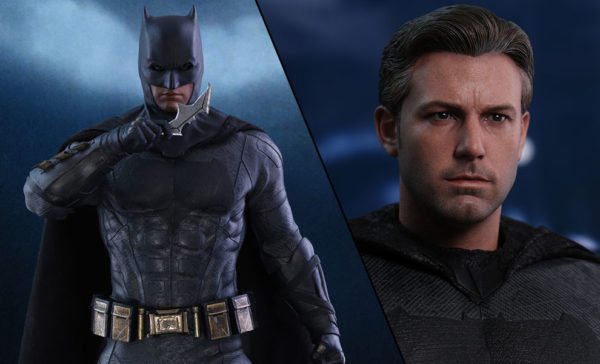 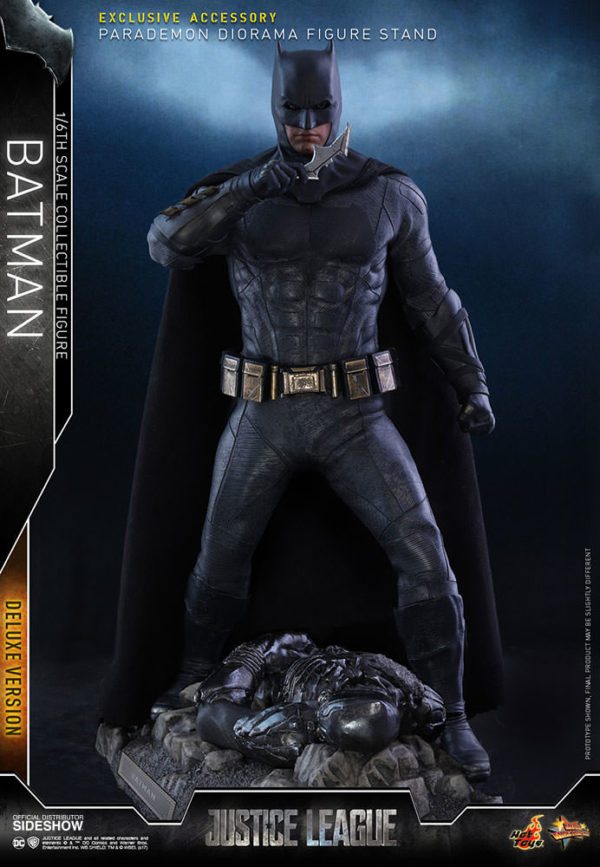 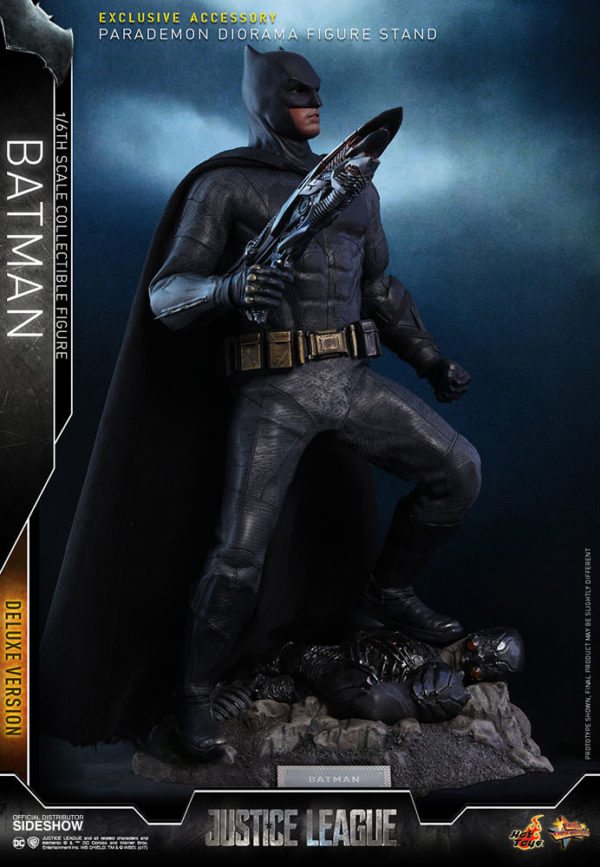 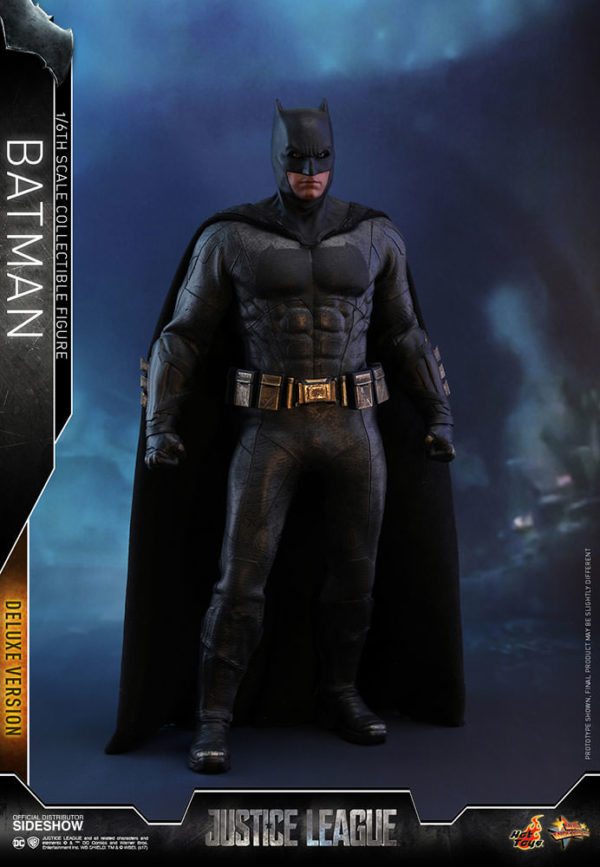 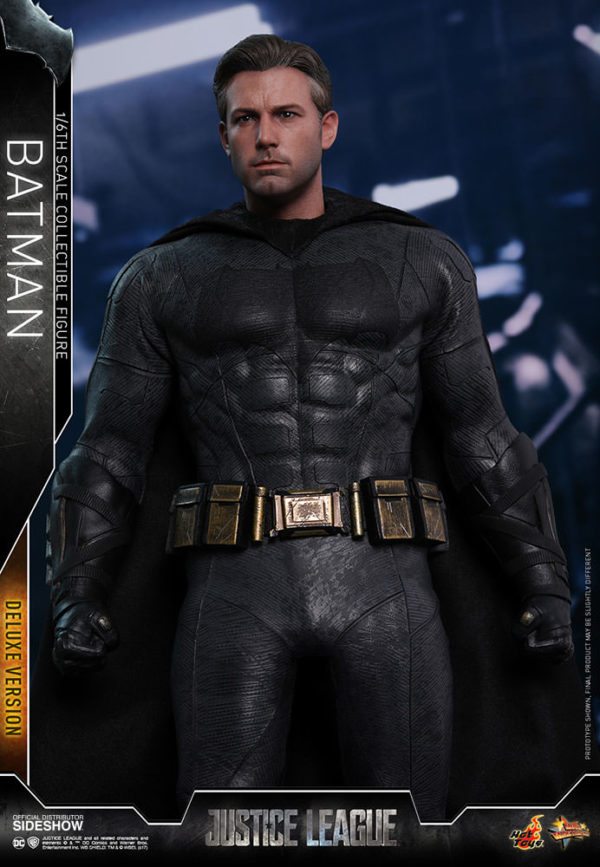 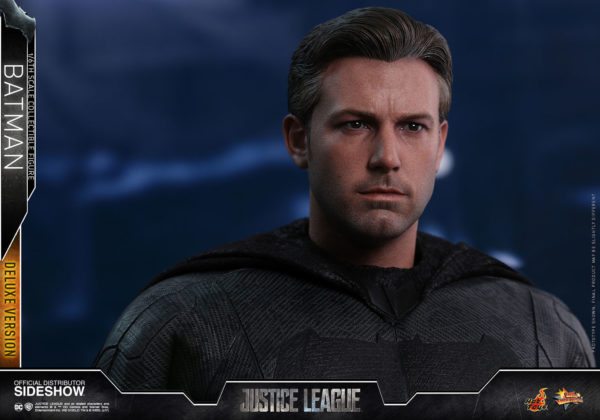 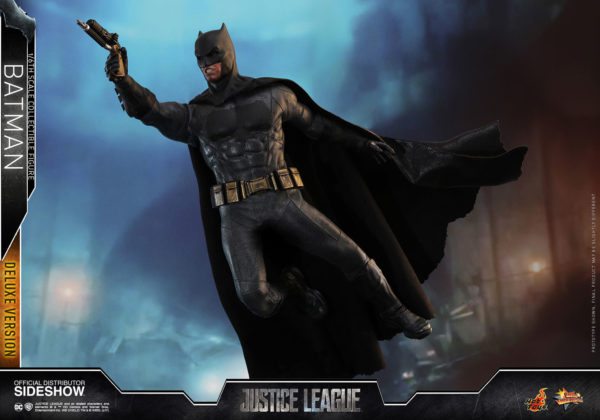 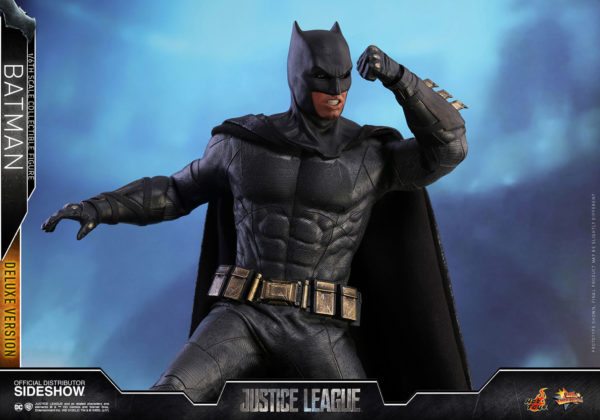 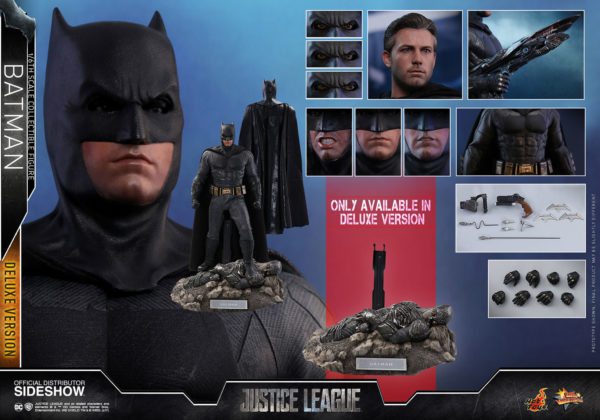 Sideshow and Hot Toys are thrilled to officially introduce a special Deluxe Version of the all-new 1/6th scale Batman collectible figure from Justice League for all DC fans.

Meticulously crafted based on Ben Affleck’s appearance as Batman in Justice League, the movie-accurate collectible figure features two interchangeable heads which include a newly developed head sculpt and a masked head, three interchangeable eyepieces and lower faces capturing Ben Affleck’s facial expressions in the film, a newly developed muscular body, a brand-new Batsuit and leather-like cape, a variety of gadgets and a Parademon gun.

This Deluxe Version will exclusively include an elaborated Parademon diorama figure base inspired by Batman’s battling scene with the Parademons! Long-awaited by fans, here comes the 1/6th scale Batman collectible figure! It’s a piece you cannot miss for your Justice League collection! 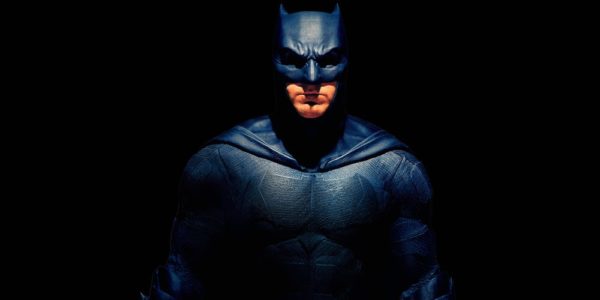