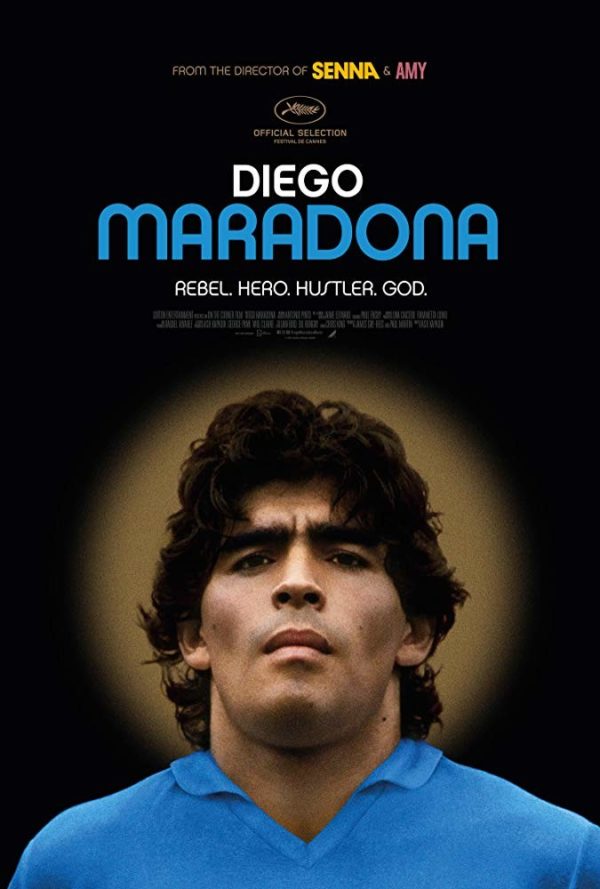 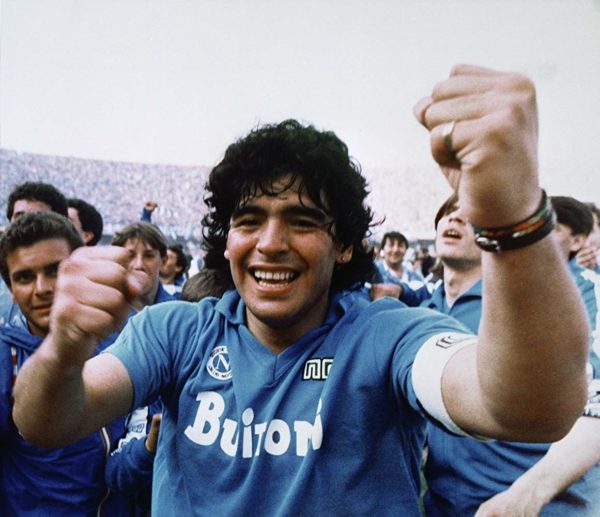 Enfant terrible, pantomime villain, or the best footballer ever to grace the green fields of this planet? It’s not a question that Asif Kapadia’s third icon introspective ever dares to answer. Instead, it’s a documentary that widens the viewfinder on a sporting figure who’s so often reduced to punchline material, so-much-so that his incredible talent is no longer at the forefront of your mind when someone mentions Diego Maradona.

In fact, Kapadia’s documentary, supported by numerous contributors, posits that his name represents the twin aspects of the Argentine’s personality: ‘Diego’ is the quiet mother’s boy whose footballing asperations were to become good enough to buy his family a house. Whereas ‘Maradona’ is the red-top baiting party animal with links to Napolitano crime organisations.

It’s this juxtaposition that drives through the heart of the midfield of the movie, providing the audience, especially one still bristling at the infamous ‘hand of God’ moment, with their own internal conflict about a man who’s habitually elevated to the position of pariah.

You can marvel at the gladiatorial way in which he’s greeted upon his arrival at Napoli’s San Paulo stadium, and the subsequent bursts of brutality evading skills that dominate the archive footage. But just as you’re being hypnotized by his on-pitch majesty, the focus shifts to Mexico ’86, and you remember that you’re watching a bad-guy who’s done more damage to a generation than any finger-snapping Avengers Titan ever could. 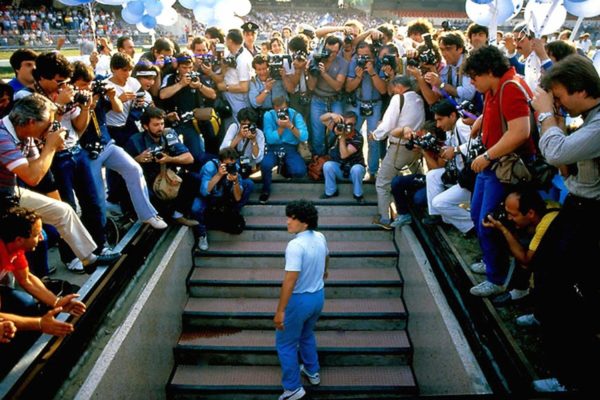 However, that quickly fades into a footnote for the subject and the doc. The intrigue of watching a player who existed in a time when access to sports superstars was limited to column inches in a newspaper, rather than YouTube or social media exposure, takes precedent. We don’t really know much about Maradona apart from the scandals, so Kapadia reaches back through time and provides him with a leg to stand on, whereas history has so often taken him out with a two-footed challenge.

That’s not to say that this ever shies away from the more questionable aspects of his personality. As with all of his work, Kapadia operates without agenda or bias, so for every touching piece of home video we see, we’re also presented with his frequent adulterous trysts, and the subsequent fallout. Equally, for every stepover or title winning goal for his beloved Napoli, who are a club made in the mould of their star striker, in that they were repeatedly mocked but prevailed because of their fighting spirit, we’re also shown an albums worth of photos depicting an under-the-influence Maradona.

The duality of sports stars isn’t anything new, but here we’re seeing Diego’s for the first time: constantly suffocated in crowds, surrounded by flunkies, and at one stage seemingly held ransom by his club. You’d go as far as to say that you quickly begin to feel sorry for the boy, one who at times plays football as breath-taking as any blockbuster special effect.

Therein lies the films only real problem, if you can even call it that, because Diego Maradona is the first of Kapadia’s films which feels like it would greatly benefit viewers with a passion for the arena in which its subject operates. It doesn’t have that same propulsive cinematic narrative that Senna or Amy had, but is no-less-fascinating because of it.

There is a moment of reflection during the film in which Maradona suggests that “this is my salvation”, and while it might be too late for such sentiment, Kapadia ensures that this most divisive of characters might be afforded a more empathic revaluation.