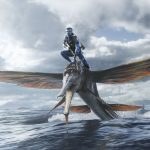 James Cameron loves the Avatar films. His dedication to making the upcoming Avatar 2, now titled Avatar: The Way of Water, knows no bounds. He went through decades and a Fox/Disney merger. But, finishing up his planned five films could be a bit of a draining experience. In a recent interview with Empire Magazine, the […] 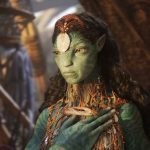 Never one for an understatement, legendary director James Cameron has compared the process of creating his sequels to Avatar with writing his own series of The Lord of the Rings style novels from which to adapt them.  Speaking exclusively with Empire Magazine for their Avatar: The Way of the Water issue, the director of Terminator […] 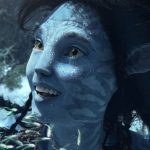 With the long-gestating second chapter of James Cameron’s sci-fi saga less than half a year out, Empire Magazine has turned over the cover of its latest issue to Avatar: The Way of Water, showcasing two characters from the upcoming sequel in Kate Winslet’s fearless leader Ronal, along with Sigourney Weaver’s new character Kiri – the […] 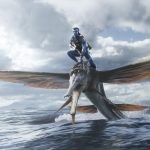 After debuting in cinemas this past week alongside Marvel Studios’ Doctor Strange in the Multiverse of Madness, the teaser trailer for the first of James Cameron’s long-gestating Avatar sequels has now officially made its way online, with 20th Century Studios offering a tantalising first glimpse at Avatar: The Way of Water. Check it out below, […] 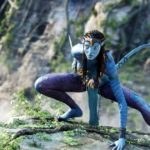 Returning to a role is no easy task, especially one from over a decade ago. Actress Zoe Saldaña is experiencing that as she awaits the release of Avatar: The Way of Water. Saldaña, who stars in the film as the Na’vi princess Neytiri, is returning for the upcoming Avatar sequel. This new film comes thirteen […]

This may be hard to believe after so many delays, but it seems that the first of James Cameron’s four Avatar sequels really is going to arrive this year – so much so that Disney has confirmed during its CinemaCon presentation that the trailer for Avatar: The Way of Water will be attached to next […] 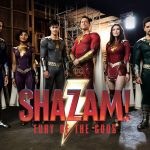 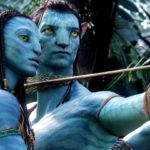 Despite being in production for over a year, we’ve seen and heard very little about James Cameron’s four Avatar sequels, with not so much as a single spy photo emerging from the New Zealand set of the sci-fi blockbusters. Avatar 2 (which is being shot back-to-back with Avatar 3) isn’t slated to arrive until December […]