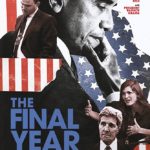 The Final Year, 2017. Directed by Greg Barker. Featuring Barack Obama, John Kerry, Samantha Power and Ben Rhodes. SYNOPSIS: A documentary offering an insider’s account of President Barack Obama’s foreign policy team during their last year in office at The White House.  This behind the scenes view reveals the inner workings of the Obama administration […]

Coinciding with its arrival on Netflix, the streaming service has released a clip from the biographical drama Barry featuring Devon Terrell as a young Barack Obama and Ashley Judd as his mother Ann Dunham; take a look below after the official synopsis… A young Barack Obama, known to his friends as “Barry,” arrives in New York City […]

As U.S. President Barack Obama’s time in the White House is beginning to wind down, it seems as though movies about the man and certain periods in his life are becoming easier to come by. Case in point: before this year ends, two biopics centered around Obama will have been released. The first of which was […]

Matthew Lee ranks Michael Moore’s films from worst to best… Where to Invade Next? opens up in UK theatres today [read our review here]. Here at Flickering Myth I thought it’d be worthwhile to look back on the controversial filmmakers work to see if Michael Moore’s sentiment still holds up. Did some of his warnings come […]

A young Barack and Michelle Obama (known as Michelle Robinson at the time), future president and first lady of the United States, go on their first date in the brand new trailer for Roadside Attractions and Miramax’s Southside with You. Watch the full trailer for the romantic dramedy below… As depicted in the film, during the […]

Variety reports thats Boyhood star Ellar Coltrane has signed on to Barry, the new film which focuses on the college years of President Barack Obama. The film, directed by Vikram Gandhi and written by Adam Mansbach, author of Go the Fuck to Sleep, has also signed Straight Outta Compton star Jason Mitchell to the cast. […]