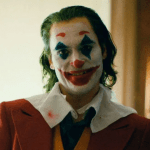 Todd Phillips, the director of the hugely successful Joker, believes the success of the film is not due to the character’s affiliation to Batman. In a recent interview with Deadline, during their The Contenders New York Event, Phillips was asked if the Joker’s ties to the Dark Knight made it successful, to which he responded with […] 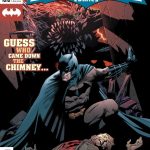 Detective Comics #1018 is out this Wednesday, and you can take a look at a preview of the issue here; check it out… In the aftermath of “City of Bane,” the Dark Knight has found himself cold, alone, and missing one of the very foundations of his life as both Bruce Wayne and the Batman. […] 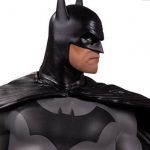 Sideshow has unveiled DC Collectibles’ 1:6 scale deluxe Batman statue which is based on the appearance of the Dark Knight from Alex Ross and Paul Dini’s Batman: War on Crime. Limited to 5000, it is available to pre-order now, priced at $200.00; check out the promotional images here… SUPPORT FLICKERING MYTH: Order via Sideshow Collectibles This […] 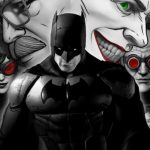 Telltale and Athlon Games have released The Telltale Batman Shadows Edition onto Xbox Marketplace, Playstation Store, Epic Game Store and Steam (and also heading to the Nintendo eShop soon).  This new edition includes the Batman: The Telltale Series base game plus a brand new noir style DLC which provides the shadowy, dark aesthetic that the […] 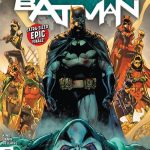 Tom King’s run on Batman comes to an end this week with the conclusion of the ‘City of Bane’ story arc, and you can check out a preview of the extra-sized issue here courtesy of DC Comics… The stunning conclusion to “City of Bane” is here! How will Flashpoint Batman be vanquished from our dimension? […] 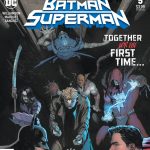 DC Comics releases Batman/Superman #5 this Wednesday, and you can check out a preview of the issue here; take a look… The Batman Who Laughs has unleashed his Secret Six! Now these infected heroes threaten to spread their dark infection across our world, and the only thing that might stop them is the combined might […] 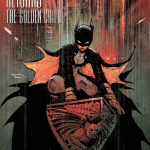 Frank Miller’s Dark Knight Returns universe continues this week with the release of the DC Black Label one-shot The Dark Knight Returns: The Golden Child, and you can take a look at a preview here… It’s been three years since the events of Dark Knight III: The Master Race. Lara has spent the time learning […] 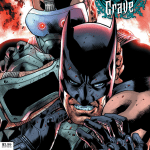 The Batman’s Grave continues this Wednesday with the release of issue #3, and we’ve got a preview for you here courtesy of DC Comics; take a look… A corrupt politico dies by his own hand, but James Gordon is convinced there’s something more to it. Now, it’s time to ask for access to the Batman’s […] 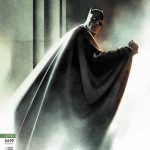 Detective Comics #1017 is out this week, and you can take a look at a preview of the issue here courtesy of DC Comics… In the dead of winter, a child has gone missing from the Martha Wayne Orphanage in Gotham City…and the bearer of the Wayne family name is on the case. But to […] 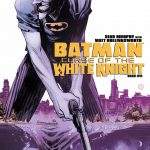 DC Comics releases Batman: Curse of the White Knight #5 this Wednesday, and we have a preview of the issue for you here; check it out… The GTO struggles to forgive Batman for his behavior on the tails of tragedy, but a promising path forward comes into focus when he uncovers a monumental clue about […]