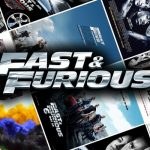 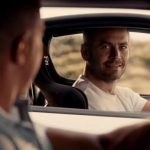 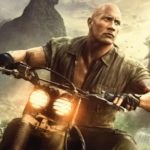 Although it came in for a lot of flak when the project was first announced, Jumanji: Welcome to the Jungle has proven to be a firm favourite both with critics and audiences alike. This past weekend it topped the U.S. box office, becoming the first December release to hit #1 in February since James Cameron’s […]

Over the weekend, Vin Diesel shared the first promotional image for Fast & Furious 8, which is set to see director F. Gary Gray (The Italian Job, Straight Outta Compton) picking up the baton from Fast & Furious 7 helmer James Wan for what’s said to be the first instalment of “one last trilogy to […]

Looking at the totals for 2015, it’s been a good year for movie studios at the box office. We’ve had a couple of record-breaking opening weekends, and a certain movie from a galaxy far, far away smashed the December opening weekend record. Last year, the biggest opening weekend was $121 million, and this year is […]

A new deleted scene from Furious 7 seems to answer a question that was on the minds of many moviegoers after watching the film: Where did Michelle Rodriguez’s Letty go when she went on a search for her lost memories?  To add a bit more context, in Fast & Furious 6 it is revealed that Letty […]

This week, Neil Calloway asks whether 2015 has been a good year or a bad one at the box office… 2015 is looking to be the best year ever for box office. As things stand, two films released this year – Jurassic World and Avengers: Age of Ultron – are in the all time US […]

It’s been a fantastic year for Universal Pictures at the box office; having already pulled in the record highest-grossing year for a studio, it has now become the first to have three films hit a billion dollars worldwide in a single year, with Minions hitting the milestone today. The Despicable Me spinoff has pulled in […]