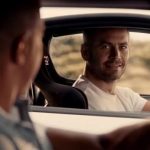 Having topped the international box office back in 2013, former WWE star Dwayne Johnson has now repeated the feat for 2015, with last year’s hits San Andreas and Fast & Furious 7 generating $1.488 billion and earning The Rock the title of Top International Box Office Star. “Only way to start this post is with […]

A new deleted scene from Furious 7 seems to answer a question that was on the minds of many moviegoers after watching the film: Where did Michelle Rodriguez’s Letty go when she went on a search for her lost memories?  To add a bit more context, in Fast & Furious 6 it is revealed that Letty […]

Matthew Lee takes a look back at the summer blockbusters of 2015… Last year, Forbes reported that last summer’s box office was down by a whopping $1.223 billion. Hollywood executives were undoubtedly shitting themselves. This was significantly more problematic considering last year’s summer held a number great critical surprises; Guardians of the Galaxy was a […]

2015 has certainly been an incredible year at the box office for Universal Pictures, spearheaded by the likes of Fast & Furious 7 and Jurassic World. In just seven months, Universal has pulled in $5.53 billion around the globe, setting an industry record the the highest-grossing year for a studio, which was previously held by […]

IMAX has today stated (via The Hollywood Reporter) that the company has posted record numbers of their second-quarter revenue, thanks to a massive year at the global box-office with four films helping them reach their record totals. For the second quarter, IMAX Corp have reported net income attributable to shareholders of $24.3 million, $10 million […]

Universal’s blockbuster dino-sequel Jurassic World has continued its march up the all time box office chart, overtaking Fast & Furious 7 to become the biggest release of 2015 to date, and the fourth biggest movie of all time. Jurassic World is currently sitting on $1.513 billion, compared to Furious 7’s $1.511 billion and Avengers: Age […]

For the first time in the studio’s stellar 103-year history, Universal Pictures has grossed over $3 billion internationally, thanks to an unprecedented run of success throughout 2015 that has seen them take many other records with them. A large chunk of those grosses (almost two-thirds) are thanks to their summer juggernaut blockbusters Fast & Furious […]

UPDATE: It seems the figures that were being reported were inaccurate, with Box Office Mojo confirming that Fast & Furious 7 currently remains in fourth place at present with $1.511 billion. Universal Pictures has two reasons to celebrate this month. Not only is Jurassic World shattering box office records left, right and centre, but its […]

This week in The Callow Way, Neil Calloway looks at the box office so far in 2015… Number one at the global box office so far this year is Furious 7, which has made $1.5 billion dollars so far, the vast majority of it outside the US, and also become the highest grossing film in […]