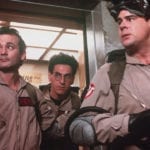 Yesterday we heard some plot details for Paul Feig’s upcoming all-female Ghostbusters remake, and now the latest round of Sony leaks has given us some insight into Ivan Reitman’s original plans for Ghostbusters III, which stem from an email last year from the director, which was sent to Sony co-chariman Amy Pascal and concerned the […]