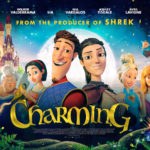 Blue Finch Films has released a poster and trailer for the animated musical fantasy Charming, which features a star-studded voice cast that includes Demi Lovato, Wilmer Valderrama, Avril Lavigne, Ashley Tisdale, Sia, G.E.M and John Cleese. Check them out here… Cursed with irresistible charm that bewitches the heart of every maiden in the Kingdom, Prince […] 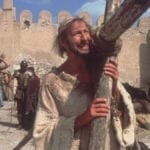 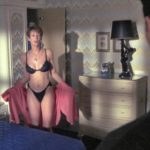 Anghus Houvouras with some rampant speculation as to John Cleese’s possible role in the DC Extended Universe… In the world of movie rumors there are stretches, and then there are gaps so wide that the collective elasticity of Plastic Man, Mister Fantastic, Elongated Man, Stretch Armstrong, and Ron Jeremy couldn’t traverse. A series of Twitter […]

Rumours are flying that John Cleese could have bagged himself a role in the DC Extended Universe, owing to some social media activity which has seen DCEU stills photographer Clay Enos following Cleese on Twitter, before the Monty Python legend then began following both Zack Snyder and Ben Affleck. While it seems quite preposterous that someone […]

DreamWorks Animation has announced that it has expanded the cast of the upcoming Trolls movie with the addition of Zooey Deschanel (New Girl), Christopher Mintz-Plasse (How to Train Your Dragon), Jeffrey Tambor (Transparent), Christine Baranski (Into the Woods), Quvenzhané Wallis (Beasts of the Southern Wild) and John Cleese (A Fish Called Wanda). “Our cast is […]

Absolutely Anything, 2015. Directed by Terry Jones. Starring Simon Pegg, Kate Beckinsale, Rob Riggle, Robin Williams, John Cleese, Michael Palin, Eric Idle and Terry Jones. SYNOPSIS: A group of eccentric aliens give a man the power to do absolutely anything in order to determine if the Earth is worth saving. The premise of Absolutely Anything will be familiar to fans […]

The first trailer has arrived online for Terry Jones’ romantic comedy Absolutely Anything starring Simon Pegg, Kate Beckinsale and the late Robin Williams, and we have it for you below after the official synopsis… Neil Clarke, a schoolteacher, suddenly discovers he has magical powers. In fact, with the wave of his hand, he can make […]