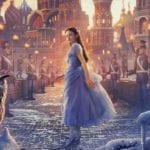 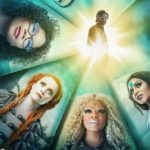 Henry Bevan on Disney’s sci-fi efforts… Those who have read James Stewart’s The Disney War will know that the company creates its most ambitious work when it shies away from filmmaking formulas. The Neo-Disney period (or the post-renaissance or second dark age or whatever) that followed the fabled Disney Renaissance, and contained animated wonders like […]

Sean Wilson re-evaluates the unfairly maligned Disney movie, and why its failure is an unfortunate reflection of the modern-day cinema industry… Just under a year ago, I appeared to be one of approximately five people on the planet who was more than a little dismayed and disheartened at the critical roasting afforded to Disney epic […]

Luke Owen looks at a few box office flops… It has been a very successful year at the box office for most of the major studios (Disney and Universal have done particularly well), but that doesn’t mean we’ve had a few duds along the way. Not just from a critical standpoint, but also from a […]

2015 may be poised to deliver the second-best summer box office of all time with $4.36 billion and counting, but that doesn’t mean there haven’t big several huge failures on the big screen this year, and The Hollywood Reporter has the inside track on the summer’s box office bombs, and exactly how much they’re projected […]

Kat Kourbeti on how Tomorrowland’s bottom line informed her viewing of Mad Max: Fury Road… (SPOILER WARNING for both films within.) There’s something I need to get off my chest: I didn’t really like Mad Max: Fury Road. I mean, it’s not bad, it’s got things to say, and it’s got very interesting dystopian world-building […]

UK box office top ten and analysis for the weekend of Friday 12th June to Sunday 14th June 2015… Having pulled in a record domestic and international debut, Jurassic World has stormed to the top of the box office here in the UK with a whopping £19,350,727 haul – the biggest opening weekend on these […]

Despite its visuals and imagination, Disney’s Tomorrowland has sadly disappointed at the box office this summer, becoming a rare misfire for the studio goliath in financial terms. Time Magazine is today reporting that the Brad Bird sci-fi adventure is set to lose the studio anywhere in the range of $120 million and $140 million by […]

UK box office top ten and analysis for the weekend of Friday 5th June to Sunday 7th June 2015… Melissa McCarthy’s latest collaboration with director Paul Feig, the action comedy Spy, has topped the UK box office chart in its opening weekend, with the film earning £2,557,824, including £198k in previews. That’s pretty much on […]