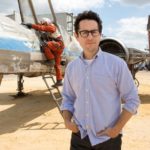 Last Sunday, Netflix dropped a major surprise when it released The Cloverfield Paradox – the third instalment in Paramount and Bad Robot Productions’ Cloverfield cinematic universe. The film, originally going by the title God Particle, had been pushed back from its planned theatrical release on several occasions – with subsequent reports claiming that Paramount believed […] 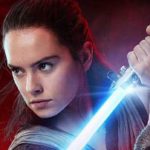 Back in April of 2016 it was announced that Star Wars: The Force Awakens director J.J. Abrams would be reuniting with his star Daisy Ridley for the fantasy thriller Kolma. Abrams is producing the film – a remake of a 2003 Israeli moive of the week entitled Kol Ma, a.k.a. All I’ve Got – through his […]

The Wrap is reporting that Star Wars: The Force Awakens helmer J.J. Abrams is set to reunite with star Daisy Ridley for the fantasy thriller Kolma. Abrams is producing the project, which has Marielle Heller (Diary of a Teenage Girl) in talks to direct. Based on a 2003 Israeli movie of the week entitled All […]