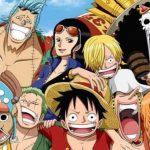 Much to the delight of anime fans, leading streaming giant Netflix has announced they will be producing a live-action adaptation of the fan-favourite One Piece, and bringing it to the platform later this year.  This hugely popular manga is the bestselling manga franchise in Japanese history and the anime, produced by Toei Animation, has been […]