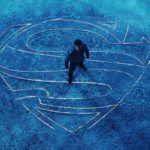 Earlier this week Syfy unveiled the first trailer for Krypton, DC’s upcoming Superman prequel series, which takes place on Kal-El’s home planet, albeit two generations prior to its destruction. As we saw in the trailer, the series also features the character of Adam Strange, and according to creator David S. Goyer and DC’s Geoff Johns, […]

Comic Book Resources is reporting that DC Entertainment is cancelling five titles in the coming months in Justice League United, Lobo, Omega Men, Gotham By Midnight and Doomed. Doomed looks to finish up its run with the release of issue #6 in November, while the other four titles will come to an end the following […]