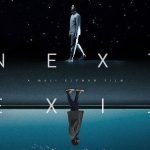 Ahead of its world premiere at the Tribeca Film Festival, writer-director Mali Elfman’s genre-bending feature Next Exit has received its first trailer. The film follows two strangers, Rose (Katie Parker) and Teddy (Rahul Kohli), as they travel across the country join a doctor’s (Karen Gillan) contentious study after she appears on national news proving she […] 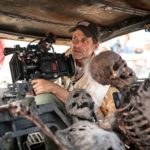 Though Zack Snyder is busy working with zombies in his Army of the Dead franchise, he has just announced the cast for his new Netflix series Twilight of the Gods, an anime series based on Norse mythology from he has developed with Jay Oliva. Starring the the series will be Sylvia Hoeks (Blade Runner 2049), Stuart […] 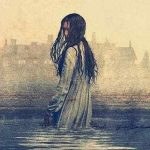 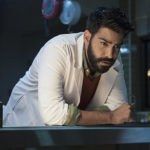 Netflix and creator Mike Flanagan (Doctor Sleep, Gerald’s Game) continue to assemble the cast of The Haunting of Bly Manor, with Deadline reporting on seven new additions to the upcoming second season follow-up to the hit horror series The Haunting of Hill House. Rahul Kohli (iZombie) will portray a series regular role as “a small […] 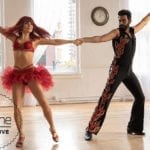 TV Line has revealed the first image for the fifth and final season of The CW’s DC/Vertigo adaptation iZombie which is from the third episode, entitled ‘Five, Six, Seven, Ate!’, and sees Liv (Rose McIver) and Ravi (Rahul Kohli) going undercover as salsa dancers to investigate a murder of couple who were expected to win a […] 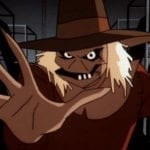 During the New York Comic Con last weekend, DC released a first teaser trailer for the upcoming Harley Quinn animated comedy series revealing that The Big Bang Theory’s Kaley Cuoco is set to voice the fan favourite villain, and now we have some further casting news casting news for the DC Universe show. Posting on […] 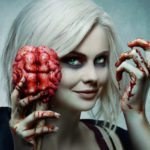 Earlier in the week it was announced that iZombie was among the shows renewed by The CW, but now comes word that the upcoming fifth season will be its last. Following the network’s announcement, stars Rose McIver (Liv) and Rahul Kohli (Ravi) took to social media to react to the news, and to express their […]

Supergirl has announced a casting choice for its 18th episode, ‘Ace Reporter’ with Rahul Kohli guest starring. Kohli also stars in The CW’s iZombie, and in Supergirl he will play Jack Sphere, better known as the villain Biomax. As the CEO of Biosphere Technologies, Sphere comes to National City to present his latest technology to the world. Kara […]