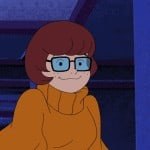 HBO Max has announced development of a new Scooby-Doo animated series titled Velma. The series will be an origin story for Velma Dinkley, a member of the Mystery Inc. gang, with Mindy Kaling (The Office) voicing the character in the 10-episode series. The announcement comes as HBO Max is making a bigger push in animation, such as with […]