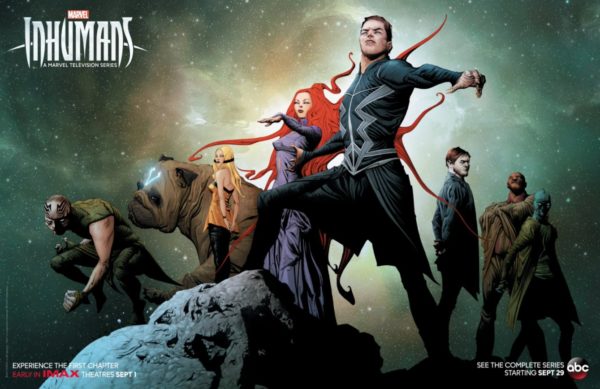 With just three days to go until Inhumans arrives in IMAX theaters, a new promo has been released for the new Marvel series, entitled ‘War for Their World’; check it out below…

Inhumans will premiere in IMAX theaters on September 1st, with a two-week run for the first two episodes, before the full eight episodes air on ABC from September 29th. Featuring in the cast of the series are Anson Mount as Black Bolt, Iwan Rheon as Maximus, Serinda Swan as Medusa, Ken Leung as Karnak, Eme Ikwuakor as Gorgon, Isabelle Cornish as Crystal, Mike Moh as Triton, Sonya Balmores as Auran, Henry Ian Cusick as Dr. Evan Declan, Ellen Woglom as Louise and Chad James Buchanan as an as-yet-unrevealed character.