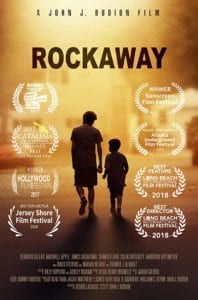 Inspired by true events, a man recounts the summer of ’94, when he and his brother plotted revenge against their abusive father. 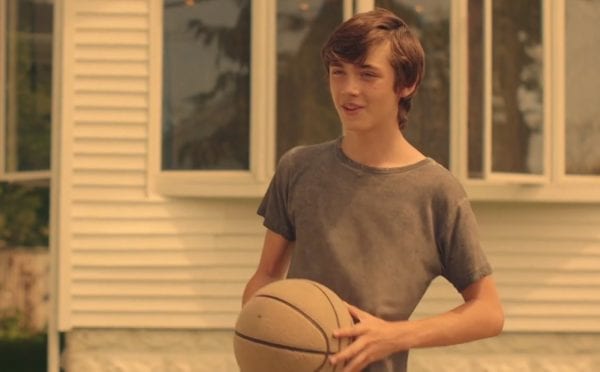 Escapism is most definitely paramount to surviving domestically an abusive upbringing, and surviving is exactly what living in a domestically abusive upbringing entails. For Anthony and John (the latter of which narrates the events unfolding in 1994 from the present day as an adult), their escapist hobby is the NBA, with the New York residents containing deep abiding love for the New York Knicks, especially as they face off in a seven-game series against the Chicago Bulls for the NBA championship. Young John is also endearingly obsessed with the coveted and clutch Knicks player John Starks, sporting his jersey wherever he goes. If I’m not mistaken, he can be seen wearing the jersey in nearly every scene of Rockaway.

Anthony is a slightly older teenager that serves as both a loving brother and watchful guardian, not because their mother is neglectful or anything, but because there’s an 85% chance that if she is on screen, she is being verbally and physically abused (often in cartoonishly overacted and over-the-top segments, as much as I hate to say it) by her heavily tattooed and glaringly criminal looking husband and father to their children. This toxic relationship is barely defined, so much so that the characters are simply named mom and dad (they are played by Marjan Neshat and Wass Stevens respectively).

After the first act bluntly establishes this dysfunctional household, Anthony and John become friends with another group of children, all of them interested in basketball and the Knicks. The boys do everything from flirt with a girl, take on a bunch of rival bullies in a pickup game of baseball, discuss the pleasures of laying eyes on boobies for the first time, playfully rib one another, and generally shine with charisma among their banter. There’s also a nice dosage of nostalgia sprinkled throughout the experience, showing everything from relevant video games to Mondo juices of all things. The kicker is that away from all of this outdoor fun, Anthony is planning to murder his abusive father with John’s assistance (this is taking into consideration that mom has had it for good and is planning on driving away with her children in four days), putting together a plan that, wouldn’t you know it, is grounded in basketball skills translated to something more violent. For clarification, I don’t mean the brothers plan on literally killing him with a basketball (that would be ridiculous), just that the particular skill set will come in handy.

The prime reason Rockaway fails is that it abandons the problems at home for far too long, with the middle of the film serving as sports escapism that doesn’t actually say anything about how escaping is improving the situation or doing anything good. It feels like your standard sports film but bookended by violence, with some of the events during the ending coming across as rather convenient and poorly executed. The characters never feel as if they are growing or evolving; they come up with a plan and then mess around for days on end until the plot demands things to resolve themselves in expectedly tragic fashion. 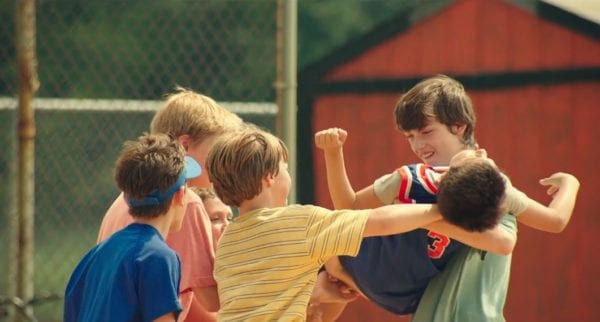 Written and directed by a visual effects artists turned director making his feature debut, John J. Budion has apparently adapted the story from his own life, but it is truly difficult to believe that some of these events played out the way they are depicted. Considering that the film is far more interested in the camaraderie of the boys, I suppose it’s not really a surprise that any attempt at an emotional through line falls flat. Still, there’s no excuse for the overly sentimental and cheesy ending, full of so many feel-good revelations that one might actually vomit before they either turn off the film or the credits mercifully start rolling.

At the very least, there are a pair of decent performances from Anthony and John (Keidrich Sellati and Maxwell Apple); they do their best to make things work, such as John inexplicably hurling himself into a rage at his own brother when John Starks misses a shot at a crucial moment during an important game of the series, or the reveal that he is a very talented artist (most likely foreshadowing of the filmmaker going on to become a visual effects artist, as previously mentioned). The same applies for the other children, especially during a weird brawl between two factions of kids utilizing animated weaponized hands that feel like something out of a comic book and has nothing to do with anything here tonally. Nevertheless, Rockaway is an airball of an experience.