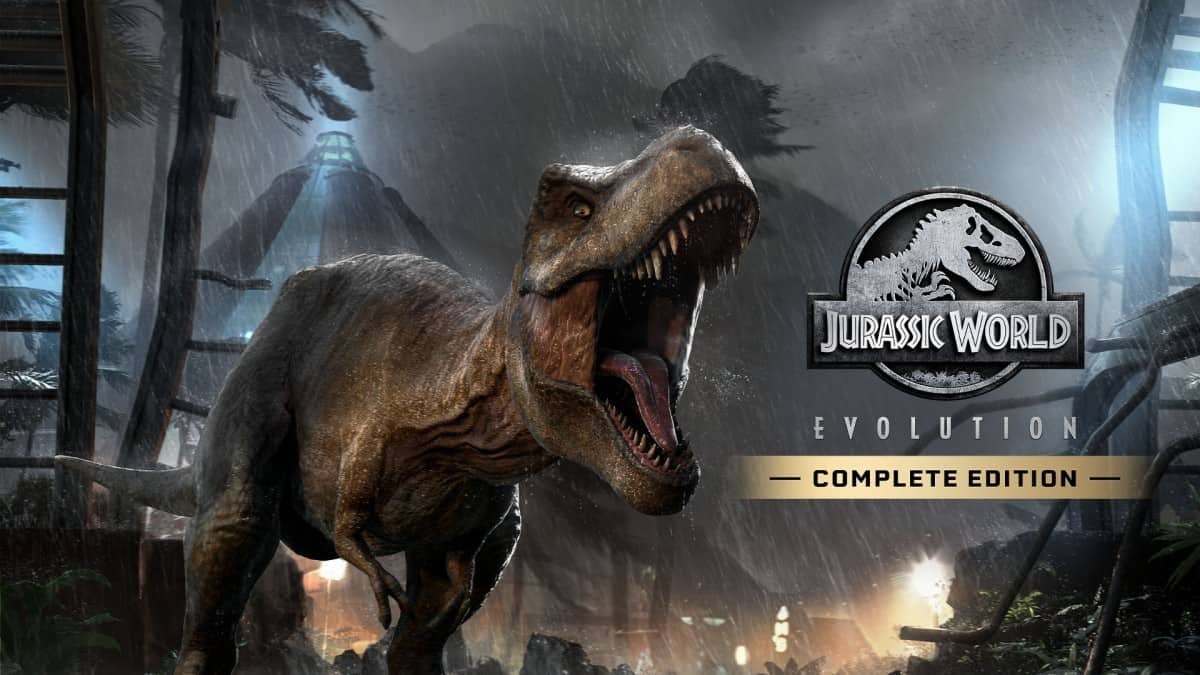 Jurassic World Evolution is a rare example of a game that illuminates and adds to its source material, rather than copy it. And it’s one experience that I go back to again, and again.

The whole idea of creating a fully functioning Jurassic World is something that both John Hammond (and to an extent) Simon Masrani never got to see. I could talk for hours about Hammond’s image of Jurassic Park and how greed and natural curiosity lead to both his, and much later, Masrani downfall. In developing Jurassic World Evolution, Frontier Developments give us the tools these two great characters had, with the added chaos factor as well.

How we create our Dinosaur theme park is completely down to us, the Player. Do we concentrate on security so the mistakes of the past stay in the past?, or do we focus on entertaining our guests. Or does scientific curiosity get the better of us? We’re given the keys, but not the instructions to use them. And that’s the beauty of it.

Morning Rich, thanks for talking to me this morning. First of all, what was it like creating a game set within the Jurassic Park/World franchise and did Universal have much say on the final product?

Hi Rob. It’s been amazing to work on this project for the last three years. As a kid you watch these movies and you like; “Wow it’s Jurassic Park” and now I get to make a video game in that franchise. We have such a wealth of experience with management games here at Frontier and it was great to use this experience to bring these dinosaurs to life. Universal themselves provided some aspect to the original design of the game, and we approached them with ideas on what we were doing with the current designs, as well as making sure that our scripts were keeping in tune with the franchise. Universal allowed us – as management experts – to build an experience for you managing these parks. It was great working with Universal as they have a great love for the Jurassic Park franchise and they allowed us into this sandbox which was a wonderful experience.

Were there any designs that Universal rejected? Or anything that they didn’t think would fit into the Jurassic World ethos?

No, not really. At the beginning we spoke to Universal about what we wanted to bring to the franchise – to take a management game and tie it into the feeling of being in a Jurassic Park. What we distilled from the films was how – to steal Ian Malcolm’s line “how you could control the chaos”. It’s not just about creating a theme park with Dinosaurs, it’s what would you be doing when it went wrong? When it does go wrong – and it will, we try to push that chaos in a rewarding way. It’s all about you – the Player, embodying Simon Masrani and John Hammond and how you’re going to manage all aspects of your park. From guest satisfaction, to commanding the Rangers and ACT teams when it all goes wrong. It’s this idea that we presented to Universal, and they felt that we really nailed the Jurassic Park ethos with this, and we developed it  from there. 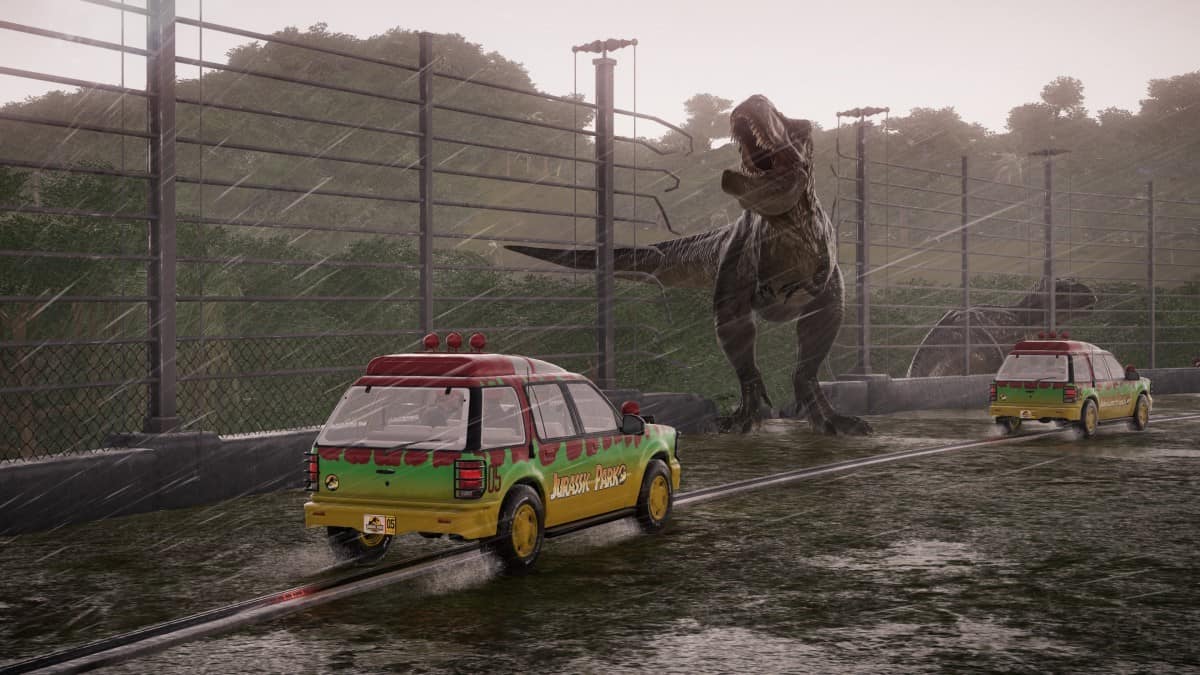 Speaking of chaos. My personal experience is that you can plan well ahead for it, but you literally don’t know when that one thing is going to start it all going wrong.

Exactly, it’s about pushing as far as you can go, and then how you deal with that aftermath, and Raptors really don’t like the rain!

We’ve only seen two of the five islands that make up the Five Deaths in the Jurassic Park franchise- Isla Nublar and Isla Sorna. With adding to the films what aspects did you find challenging to get correct?

We found building the world much more challenging than the Dinosaurs, just because there is far fewer source material for the world’s design. Film makers only build sets to be filmed from certain angles and the same goes with the islands, we only see them from certain viewpoints. Whilst they (Universal) did a lot of work bringing the Dinosaurs to life. We were provided with a lot of source material – such as sound effects and models from the film. These gave us the foundations to bring these to the game. There are some aspects that we’ve added that you don’t see in the films such as a sleeping T-Rex, as well as the back of the Visitors Centre. With these we’ve had to visualise what they would look like to then build concepts from. The most challenging part was making levels and islands that feel like the films and taking their aspects to bring them to life in a video game. 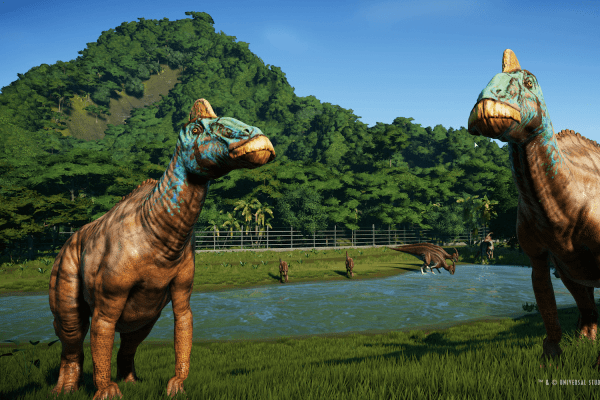 The first thing I did when playing Jurassic World Evolution was to visit both Isla Nublar and Sorna, and Frontier have done an incredible job in capturing how I would of expected them to feel.

Yes, it was all about taking what Universal had designed and bringing it to life in a realistic way. The Jurassic Park level for instance was built to feel like how it would in real life. Where in the films we see the Visitors Centre, Emergency Shelter and the T-Rex pen, we don’t see where these are in relation to each other. To aid us with this we used maps and other material to realistically place and link these assets together in a way to how you’d expect them to be if you were sitting in the sky above the island and looking down upon it.

With creating a game in this word, how important was it for Frontier to get the films actors to reprise their roles, and how do you think this effects the players experience?

The characters in these films are also key to what’s going on and add that human factor to the world. Bringing in Jeff Goldblum to play Dr. Ian Malcolm again was great and he has some of the franchise’s greatest lines. The same can be said for Bryce Dallas Howard, BD Wong and Laura Dern. Having these actors on board was really key for us to build the authenticity of Jurassic World Evolution. These actors take great pride in their character and each provided us great feedback to what their character would be doing in these situations. BD Wong for example has played Dr. Wu for nearly 20 years and he provided us with excellent feedback for how his character would behave, when someone who’s not had his level of experience with the character wouldn’t have this insight.

Speaking of Dr. Wu, We see in the films that he’s been quite busy in creating certain Hybrid Dinosaurs. Is there a Hybrid that your particularly proud of?

Some of the Hybrids that we added in the Secrets of Dr. Wu DLC lead into how these Hybrids are now a thing and splicing two Dinosaurs together adds a little creativity and certainly appeals to certain players. I quite liked the Indominus Rex from the film. It’s a terrifying Dinosaur – because it’s a Hybrid. It’s taking something that was already terrifying and making it more so. There’s so much more possibility in what Universal can now bring to the Jurassic World franchise due to the Hybrids inclusion. I personally prefer the more traditional Dinosaurs, but with the Hybrids you’re able to do more with them. Again the Indominus has a camouflage ability that you can research and add into its design in the game – much like how Dr. Wu would of done it in the build up to Jurassic World. 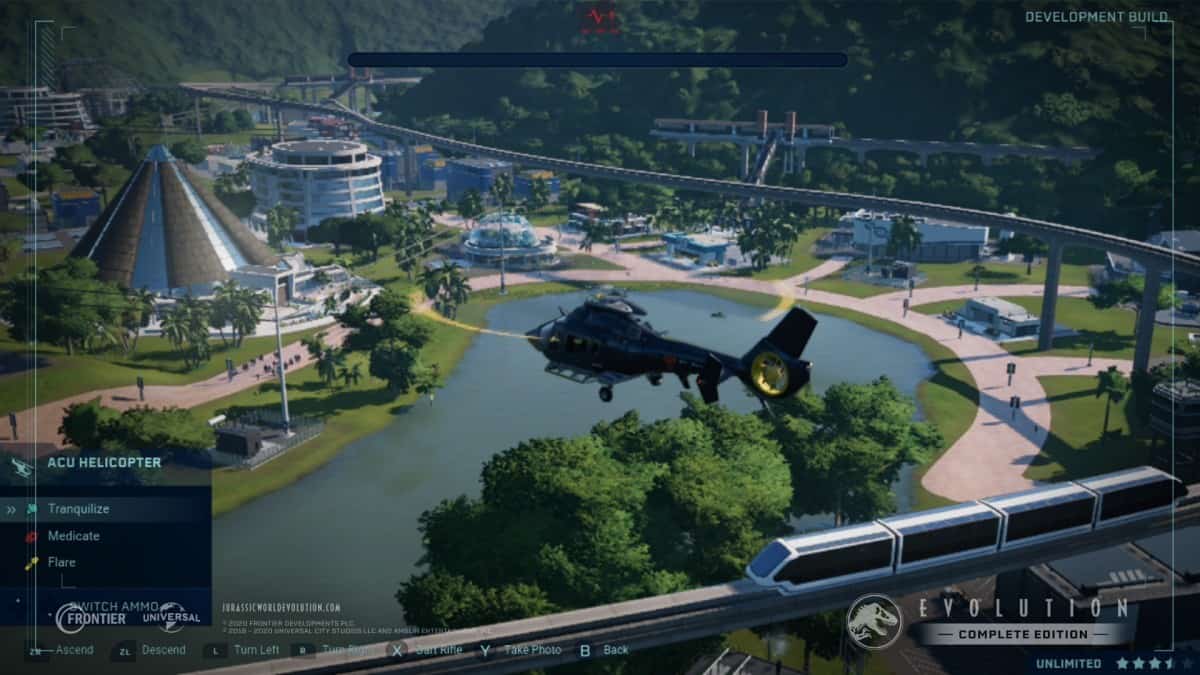 With the sandbox nature of Jurassic World Evolution. Players can create Jurassic Park or Jurassic World in there image. There are some truly stunning designs out there. Have you seen a players work that’s really impressed you?

The Jurassic World Evolution community has been amazing. Since launch we’ve seen a wealth of wonderful things. We’ve given the Player the tools to create these things, but you’re never sure what they’re going to make. We see at Frontier that the whole community across all of our games create truly spectacular pieces with what we give them. A design that springs to mind is someone created the San Diego Park from The Lost World: Jurassic Park which was incredible. That’s something that we didn’t think of. We give you the tools to create Jurassic Park or World but you’ve made something completely different. It’s creations like these that have been truly amazing to see.

With Park Builders being already incredibly in-depth, where do you see the genre in the next 5-years?

What we’re already seeing with Planet Zoo, Planet Coaster and Jurassic World Evolution, and we will see more of  in going forward is; more depth to what you can do. What we will see in future games is making these animals feel more natural and realistic. Much like with their behaviours, it’s taking these creatures and blurring them so the Player is seeing a simulation that feels, looks and acts real. That’s where I see the genre going: making the creatures more intelligent and in-depth. 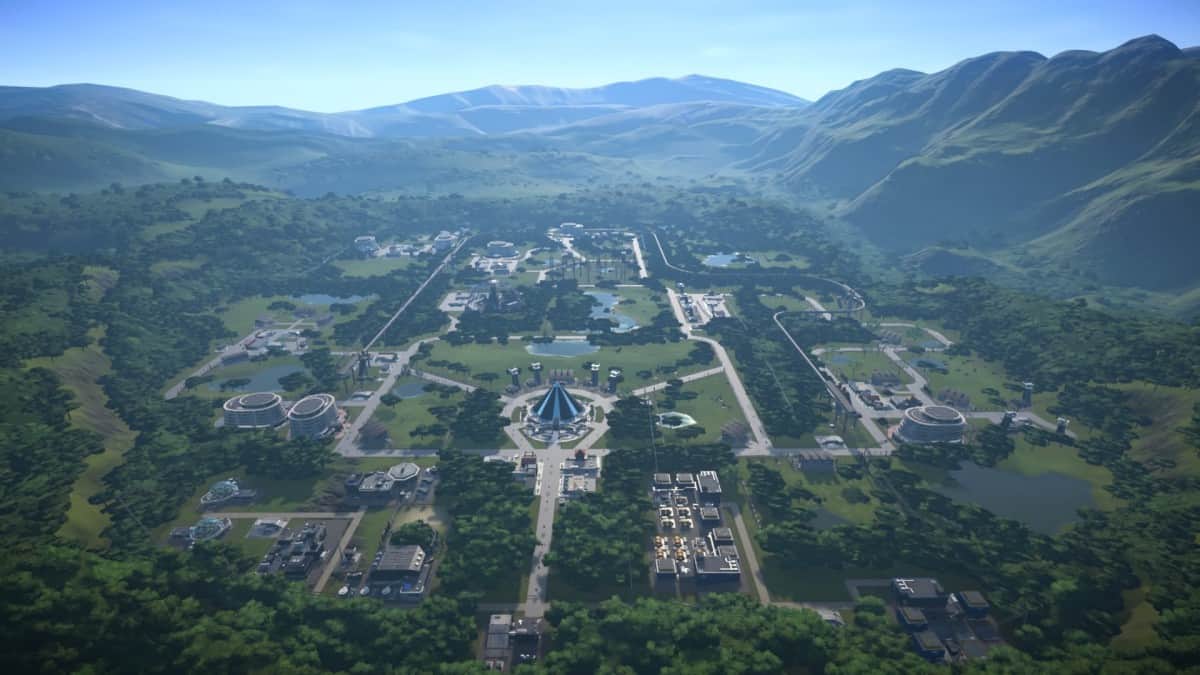 So there we have it. Jurassic World Evolution was and continues to be a labour of love over at Frontier. The chat I had with Rich Newbold really opened my eyes to how much work went on behind the scenes to bring a believable Jurassic World experience to life.

Time and time again, Frontier have proven that they are masters of their craft. And Jurassic Park Evolution, Planet Coaster, Planet Zoo and not forgetting Elite Dangerous perfectly cement this fact.

Jurassic Park Evolution Complete Edition is out now and can be purchased on: Nintendo Switch, PC, Xbox One & PlayStation 4.

Thanks goes out to Gem Woolnough and Tom Sargent for their time in organising this chat. And a special thanks goes to Rich Newbold for the in-depth conversation.