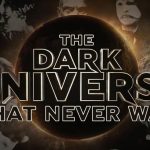 EJ Moreno on the short history of Universal’s Dark Universe… Join our host EJ Moreno as he ventures back to 2017 to figure out what happened to the Dark Universe. Universal Pictures had a short-lived plan to create a cinematic universe, a la the Marvel Cinematic Universe, and it didn’t last more than a year. […] 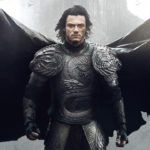 Dracula Untold released in 2014 to middling reviews. Critics seemed to agree that the film wasn’t terrible, but certainly didn’t serve as an adequate franchise-starter, and even less an entryway into a planned “shared universe”. As a result, a sequel wasn’t planned, and Universal confirmed that Dracula Untold would officially be considered “non-canon”, with 2017’s […]

Tony Black on whether the Universal Monsters will deliver the next big cinematic franchise… You all remember The Mummy, right? Brendan Fraser doing his best Harrison Ford impression while Arnold Vosloo pranced around in a gold nappy trying to hide his broad South African brogue. Rather good, wasn’t it? You may be surprised to learn […]

Over the past few months we’ve been treated to a selection of huge trailers for some of 2015’s biggest releases, but which has been the most watched of the year? Star Wars: The Force Awakens? Avengers: Age of Ultron? Jurassic World? Well, actually, it’s Fifty Shades of Grey… Via Digital Spy, here’s the top 20 […]