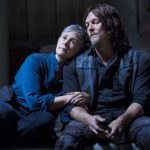 When a long-time co-star exits a project, it’s something that weighs on an actor, and during an appearance on The Tonight Show with Jimmy Fallon, Norman Reedus opened up about the recent exit of Melissa McBride from his upcoming Walking Dead spinoff. As expected, the actor fully understands and supports his close friend. “She wanted […] 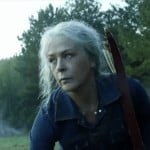 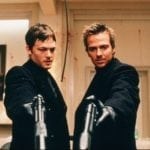 Almost eight years on from teasing fans with the first page of the script,  The Boondock Saints III is set to become a reality with Deadline revealing that writer-director Troy Duffy will reunite with Sean Patrick Flanery and Norman Reedus to continue the story of brothers Connor and Murphy MacManus with the the long-awaited third […] 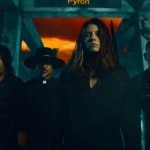 The promotional push for the final season of AMC’s The Walking Dead has started to sprint towards the release date faster than one of Danny Boyle’s infected, and AMC have added to it by releasing four new promotional teasers for what they’re calling an “epic end” to the decade long phenomenon, and you can watch […] 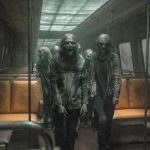 As AMC’s The Walking Dead shuffles towards its final season, which will begin on Sunday August 22nd, they are treating fans of Robert Kirkman’s game-changing zombie series to “11 weeks of reveals until season 11”, the first of which is a set of brand new photos and a detailed synopsis revealing the continued hardships our […] 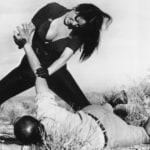 With his time on The Walking Dead coming to an end when the hit AMC show finishes up next season, it appears that Norman Reedus and the studio want to continue their working relationship and have opted for a remake of Russ Meyer’s cult-classic Faster Pussycat, Kill! Kill! According to Deadline, The Walking Dead star’s […] 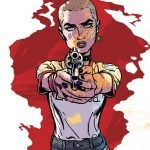 Norman Reedus’ bigbadbald productions is teaming with AfterShock Comics for a TV adaptation of Lonnie Nadler and Zac Thompson’s neo-western comic book series Undone by Blood or the Shadow of a Wanted Man, with Reedus executive producing and potentially starring. “Undone by Blood was born from a place of pure passion, out of a love […]

When one chapter ends, another begins, especially when it comes to the zombie-infested world of The Walking Dead. In an announcement that came early on Wednesday, AMC announced they would be ending The Walking Dead in 2022, after an eleventh and final season that will span two-years. AMC offered this news in an official press […] 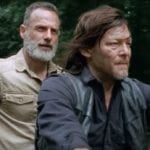 During the ninth season of the long-running television series, The Walking Dead, Andrew Lincoln, who is best-known for playing Rick Grimes, was given a send-off which would lead into The Walking Dead’s first feature film trilogy. However, in an interview on Popcorn with Peter Travers, Lincoln’s longtime co-star Norman Reedus, who plays Daryl Dixon, has admitted he “didn’t […] 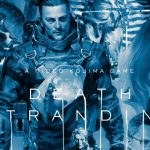 Shaun Munro reviews Death Stranding… In an age where the dollar value of a single-player game without the expected “live service” accoutrements couldn’t be lower, it’s enormously refreshing to see something like Death Stranding – a title so stridently committed to minimalism despite its evidently massive production budget. But more than that, the latest offering from […]