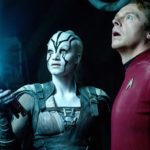 A few days ago, Star Trek actor Simon Pegg revealed that Paramount Pictures already had a completed script for Star Trek 4 prior to Quentin Tarantino pitching his own idea for an R-rated instalment in the long-running sci-fi series. Paramount had already announced a fourth entry in the rebooted series prior to the release of […] 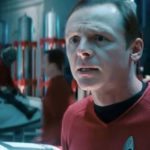 Prior to the release of Star Trek Beyond, Paramount Pictures officially announced that development was underway on Star Trek 4, which would have seen Chris Hemsworth making his return to the series as George Kirk, father of Chris Pine’s James T. Kirk. The studio got as far as releasing an official synopsis for the sequel, […]

Last year, before Paramount’s Star Trek Beyond even hit theaters, producer J.J. Abrams began sharing plans for a fourth installment in the rebooted film series. While he did confirm that much of the Beyond cast would return for another outing, fans’ interests were piqued by Abrams’ reveal that Chris Hemsworth would return to his role […]

Flickering Myth’s writing team present our top ten movies of 2016… As 2016 draws to a close and we ring in the New Year, Flickering Myth’s writers have been putting our collective heads together to vote on the best cinematic offerings from the past twelve months. As always, we’ve voted on our individual top ten […]

Luke Owen charts the highest grossing movies of 2016… The box office battle of 2016 is now in the books, and Disney are the ones wearing the king’s crown. Their domestic totals are very impressive, and their worldwide takings are even better. As with the opening weekends, The House of Mouse holds six of the […]

With Star Trek Beyond set to hit Blu-ray and DVD this coming week in the States (and on November 21st in the UK), Paramount Pictures has released a sneak peek at the bloopers and outtakes gag reel from the special features; watch it here… SEE ALSO: Kirk is feeling a little lonely in deleted scene from […]

In an interview with the Radio Times, Star Trek Original Series actor George Takei has criticised the new JJ Abrams-produced films for lacking “that Gene Roddenberry element” of making the stories reflections of present-day issues. “With Gene Roddenberry’s shows you can see beyond the surface action-adventure, the surface humour and entertainment,” Takei reminisced. “You were able to also […]

Yesterday we brought you details of the upcoming Blu-ray release for Star Trek Beyond [see here], and now USA Today has unveiled a rather humourous deleted scene from the Justin Lin-directed sci-fi sequel, which takes place on Starbase Yorktown and sees a lonely Kirk trying to find some company, before being sneezed on by Soccty’s […]

Subscribe on iTunes. Support Flickering Myth, buy a t-shirt.  Email in your podcast questions: oli@flickeringmyth.com With Star Trek Beyond making less money than its previous two movies week to week so far, and the lack of enthusiasm for the franchise’s 50 year anniversary, Oli and Luke argue that Star Trek needs a super producer in […]