With Star Wars Celebration set to take place in a fortnight’s time, Lucasfilm has announced that it is celebrating the Saga with a 10-feet-tall, 88-feet long mural from Jason Palmer, an artist mentored by the legendary Drew Struzan, and thanks to the official Star Wars site we’ve got an early look at the Original Trilogy section of the artwork covering A New Hope, The Empire Strikes Back and Return of the Jedi.

“The original idea came from [Lucasfilm President] Kathy Kennedy,” states Lucasfilm Vice President and Executive Creative Director Doug Chiang, who served as Art Director on the ambitious project. “She asked if we could create a piece of art that would encapsulate the entire Star Wars saga, visually representing the complete stories of Star Wars through art. In thinking about how to fulfill Kathy’s wish, the idea of creating a giant mural timeline was born.”

The complete mural will be unveiled at Celebration and feature Episodes I through IX, along with the Anthology movies and animated series Star Wars: The Clone Wars and Star Wars Rebels.

Star Wars Celebration Chicago 2019 runs between April 11th and April 15th and will include panels for Star Wars: Episode IX and The Mandalorian, as well as a number of animated projects and video game titles. 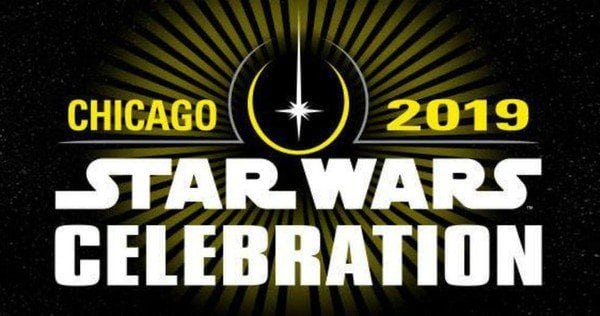