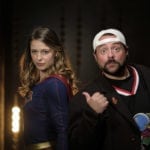 Despite suffering a near fatal heart attack earlier this year, Kevin Smith seems to be showing no signs of slowing down whatsoever. In addition to his regular podcasts and Q&As, he’s recently unveiled his comedy pilot Hollyweed [which you can watch here], is gearing up to shoot Jay and Silent Bob Reboot, and just yesterday […] 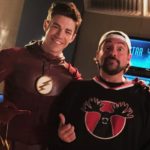 Kevin Smith is known across geek communities to be one of the biggest fans of comic book and sci-fi related properties in the business. The director, actor and writer has shown his love for these types of movies and TV shows in his previous work, even directing episodes of The Flash and Supergirl. His relationship with DC in […] 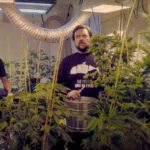 Back in 2016, Kevin Smith shot a pilot for a workplace comedy entitled Hollyweed, which he describes as “Clerks in a weed store” and sees him starring alongside Donnell Rawlings (Chappelle’s Show) as two potheads working in a cannabis dispensary in Los Angeles. Hollyweed failed to attract any interest at the time, but it has […] 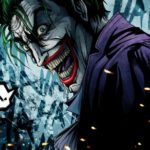 Kevin Smith has defended the idea of Joaquin Phoenix’s solo Joker movie, praising WB for trying something different. Now that we know Joaquin Phoenix has officially signed on to play the Joker in a solo movie, fans are not only starting to speculate on what might happen in the film but also argue if the […]

Kevin Smith has said that he’s fine if he never gets the chance to direct a motion picture in franchises like Star Wars, Star Trek, Marvel, or DC. Smith is a huge fan favourite in the world of geek culture, thanks in large part to his history of directing movies that spoke very closely to […] 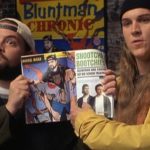 Back in February of last year, Kevin Smith announced that he’d be returning to the View Askewniverse, not with the long-planned Clerks 3 or Mallrats sequel series, but with Jay and Silent Bob Reboot. After recovering from his recent heart attack, Smith is now in final preparation on the movie ahead of an August shoot, […] 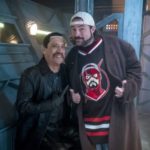 Neil Calloway looks at the seemingly endless debate over comic book movies… You’ll often here talk of a culture war; countries that are divided into red states and blue states, leave or remain. It’s good journalistic shorthand, but in reality people are complex, with a range of tastes and opinions moulded by their unique experiences. […] 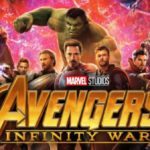 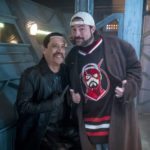 The CW has released a batch of promo images for the Kevin Smith-directed seventeenth episode The Flash season 4, entitled ‘Null and Annoyed’ which sees the return of Danny Trejo’s Breacher and an appearance from Jay & Silent Bob; take a look below… SEE ALSO: Trailer for The Flash Season 4 Episode 17 – ‘Null and Annoyed’ Barry (Grant Gustin) […]