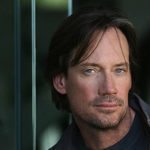 TV Line is reporting that Hercules: The Legendary Journeys star Kevin Sorbo has signed on for a recurring role in season two of Supergirl, where he’ll portray a mystery villain. “Since his days as Hercules, Kevin Sorbo has brought such a strong presence to the screen and we couldn’t be more excited to have him […]