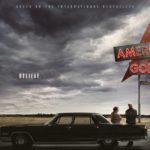 After changing up its showrunners following the departure of Bryan Fuller and Michael Green, Starz has now announced that filming is underway on the second season of its Neil Gaiman adaptation American Gods. “The first season was all about getting to the House on the Rock,” says EP Gaiman, who is serving as executive producer […] 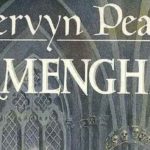 Deadline is reporting that Fremantle North America has tapped Neil Gaiman (American Gods) and Akiva Goldsman (Star Trek: Discovery) to develop a TV adaptation of British author Mervyn Peake’s Gormenghast book series. “There is nothing in literature like Mervyn Peake’s remarkable Gormenghast novels,” said Gaiman. “They were crafted by a master, who was also an […] 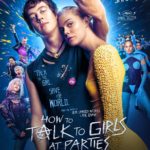 A new trailer and poster have debuted for John Cameron Mitchell’s upcoming adaptation of Neil Gaiman’s short story How to Talk to Girls at Parties. The sci-fi rom-com features a cast that includes Elle Fanning, Alex Sharp, Nicole Kidman, Ruth Wilson, and Matt Lucas; check them out here… From the raucous dual imaginations of fantasy laureate Neil Gaiman (“American […] 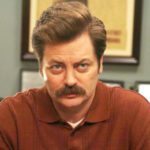 As Amazon and BBC continue production of the Neil Gaiman and Terry Pratchett adaptation of his supernatural drama Good Omens, the show has jus gained another cast member. Nick Offerman (Parks and Recreation) has joined the upcoming series as as a U.S. ambassador and father to the child Warlock. “There may not be anyone alive who […] 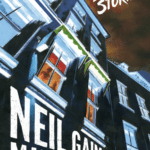 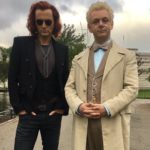 For the past few months, Neil Gaiman has been hard at work on Good Omens, Amazon’s upcoming adaptation of his and Terry Pratchett’s 1990 fantasy novel, which stars David Tennant the demon Crowley and Michael Sheen as the angel Aziraphale. During an interview with The Herald, former Doctor Who star Tennant has been speaking about […]

Back in November came the rather surprising announcement that Bryan Fuller and Michael Green had exited Starz’s American Gods, stepping down as showrunners over disagreements with the budget for the second season of the Neil Gaiman adaptation. Actress Gillian Anderson quickly followed suit, announcing that she wouldn’t be returning as Media following Fuller and Green’s […]

As production continues on Amazon’s adaptation of Neil Gaiman’s Good Omens, the studio has released the first picture of Mad Men star Jon Hamm as the Archangel Gabriel. The series is currently filming in the UK for a 2019 premiere date. Hamm will be starring opposite Michael Sheen (Passengers) as the angel Aziraphale and David Tennant (Doctor Who) […]

In a bit of surprising news, Bryan Fuller and Michael Green are leaving Starz’s American Gods as the series’ showrunners. They will no longer be part of the show  going forward despite its active development for the second season. American Gods premiered on Starz earlier this Spring and earned a quick renewal after it became a ratings hit. The […]