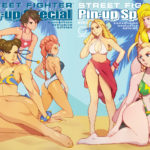 UDON Entertainment has revealed two convention exclusive connecting variant covers for Street Fighter: Pin-Up Special 2019 from artist Rob ‘Robaato’ Porter, which combine into a full picture with the ladies of Street Fighter facing off for a beach time brawl. First up is a Chun-Li/Sakura/C-Viper cover, which will be available at Anime Expo at the […] 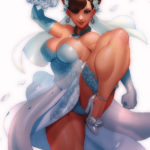 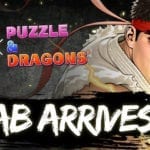 Starting 18th February and running until 3rd March, fans of GungHo Online Entertainment’s dungeon crawling, monster collecting, puzzle mobile game Puzzle & Dragons will be able to experience a brand new set of virtual reality battles with the Street Fighter V: Arcade Edition Collaboration event.  The event will give all those who participate a free pull of the […] 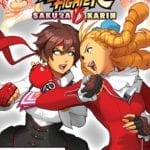 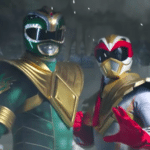 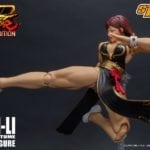 Bluefin has unveiled a batch of images for Storm Collectibles’ 1/12th scale Chun Li (Battle Costume) action figure, based on the character’s alternate appearance in Street Fighter V. It is available exclusively at New York Comic-Con next month, priced at $75.00; take a look at the promotional images below and be sure to check out Storm’s […] 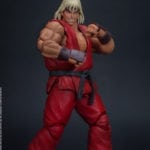 Following on from yesterday’s Evil Ryu, Bluefin has released a batch of promotional images for Storm Collectibles’ Violent Ken 1/12th scale figure which is based on the appearance of the character in Ultra Street Fighter II: The Final Challengers. It is set to go on sale October 2018, priced at $75.00; take a look here… Also […] 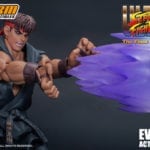 Storm Collectibles has revealed its 1/12th scale Evil Ryu action figure which is based on the character in Ultra Street Fighter II: The Final Challengers. It comes with a range of interchangeable pieces and goes on sale October, priced at $75.00; take a look at the promotional images here… Evil Ryu is an alternate form of […] 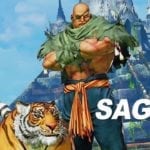 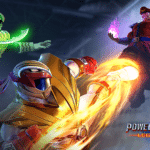 As part of the big Power Rangers: Legacy Wars crossover with Street Fighter, nWay has announced that the iconic character Ryu has become a new addition to the Rangers, with Ryu Ranger allowing players to wield his gravitational Hadoken-blasting, Shoryuken-striking powers in Power Ranger form! After he and his friends were sucked into the Morphin Grid, […]