Last week it was reported that a TV spinoff to the Bad Boys franchise is in development, which will centre around the character of Syd Burnett, played by Gabrielle Union in 2003’s Bad Boys II. Now we have word that the project – which is being written by The Blacklist writers-producers Brandon Margolis and Brandon Sonnier, with Jerry […]

Deadline is reporting that blockbuster movie franchise Bad Boys will spinoff to the small screen, starring Gabrielle Union as Syd, her character from the 2003 sequel. The spinoff show is being written by The Blacklist writers-producers  Brandon Margolis and Brandon Sonnier, and is being pitched to major TV networks by producer Jerry Bruckheimer, Doug Belgrad through […] 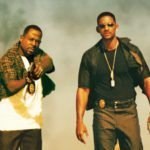 A few years back, it looked highly likely that Martin Lawrence and Will Smith would be reuniting for a third instalment in the Bad Boys franchise. The threequel had a title (Bad Boys for Life), a writer and potential director in Joe Carnahan, and a planned release date of July 2017, which was pushed back […]

It was revealed last month that Bad Boys 3 – titled Bad Boys For Life – hit a snag in the road when it was taken off the production schedule and pushed back to November 2018. Although the date had been pushed back, it’s now been reported that its director has left the project entirely. The […]

Production has been halted on the Joe Carnahan-directed Bad Boys for Life, apparently due to the busy real lives of Will Smith and Martin Lawrence along with their difficulties getting a script ready. It also seems that Will Smith could be placing other roles he is being offered (such as a key one in Disney’s live-action […]

This past week, it was announced that Sony’s Bad Boys 3 has been retitled to Bad Boys For Life, as well as being pushed back from next summer to January 2018, and now director Joe Carnahan has explained the reason for the delay during an interview with io9. “We couldn’t all get in a room, […]

It’s offical – Will Smith and Martin Lawrence will be returning to the screen as Mike Lowrey and Marcus Burnett in the newly titled Bad Boys For Life. The title was confirmed by Exhibitor Relations, who also say the movie has been pushed back from the summer of 2017 to January 12th 2018. Sony's BAD BOYS 3 is […]

After years of speculation, Sony officially set a release date for Bad Boys 3 last August (along with Bad Boys 4), although there was no word on whether stars Martin Lawrence and Will Smith would be returning for the next instalment. Well, we now have confirmation direct from Smith himself, with the star revealing on […]

We’ve known for a while now that Sony has been developing a third movie in the Bad Boys franchise and the studio must be confident of having a hit on its hands, as it has not only set a release date for Bad Boys 3, but also a fourth movie. Bad Boys 3 is scheduled […]