Saturday Night Live and Parksand Recreation veteran Amy Poehler is set to sit in the big chair for her directorial debut with the feature comedy, Wine Country. Netflix made the announcement over their Twitter page and revealed Poehler will produce and star in the film as well. Joining Poehler in the cast are several of her fellow SNL vets: Rachel Dratch […] Netflix has released a new trailer and poster for the second season of Lemony Snicket’s A Series of Unfortunate Events. Based on the series of children books, the series follows the Baudelaire orphans after the death of their parents and the evil Count Olaf (Neil Patrick Harris) who is intent on gaining their inheritance. The second […] 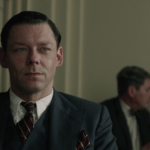 Netflix’s cast for their reboot of Sabrina The Teenage Witch keeps growing. According to Deadline, the latest to join the show is Richard Coyle (The Collection) as Father Blackwood, leader of the coven Sabrina and her family are part of. The new series is a darker take on Sabrina that is based on the hit comic book […] Just days after Lucy Davis was cast in the series, Variety reports Miranda Otto (Lord of the Rings) is the latest actress to join Netflix’s Sabrina The Teenage Witch reboot. She will play Sabrina’s Aunt Zelda, rounding out the members of the young witch’s family. While Hilda (Lucy Davis) is Sabrina’s fun-loving aunt, Zelda is the sterner aunt. […] After Kevin Spacey was dismissed from Netflix’s House of Cards over allegations of sexual assault and misconduct, the show was put on a break while Netflix figured out how to rework the final season. Now they have announced production has resumed with the casting of Academy Award nominees Diane Lane (Man of Steel) and Greg Kinnear (Little […]